Research ICT Solution Consulting (IRC) published a report in March 2022 about new fees that will apply to certain mobile services.

According to the authors, new taxes imposed by the government in favor of ARPTC that increase the prices of calls, texts and the Internet, will oblige operators to withdraw many packages on these services.

They warn that this will hurt consumers and especially low-income users, knowing that the majority of Congolese people are poor.

The decree to introduce these new taxes defines the new fees for telephone services as follows:

Effects of new taxes on services provided by operators to users

On phone calls, these new taxes reduce operator margins by up to 36%. As a result, the generous offers of call (voice) plans are no longer profitable and will be removed entirely, the report says.

SMS packages will also be withdrawn because the taxes to be paid are higher than their retail prices.

The same is true for data (internet) packages that will bring in less revenue (10% reduction) for operators for their maintenance.

Most of the mixed packages will also be removed because the impact of the new taxes amounting to 122% of the current retail prices does not guarantee the sustainability of the investments made, can we read the report.

This situation is a fatal blow to Congolese phone service users and Internet users who will suffer the reduced well-being associated with digital technology.

The report also noted that these new taxes will remove approximately $200 million from the telecom sector which will benefit the regulator (ARPTC) in addition to license fees and other taxes already collected. This will lead to lower investment in telecom infrastructure, poor network coverage and lower quality of services.

Impact of new taxes on consumers

With the withdrawal of fixed rates for calls, messages and Internet connectivity, the new taxes will significantly reduce consumer satisfaction with the phone services they are already accustomed to.

From now on, communication in the Democratic Republic of the Congo will cost more than in most African countries.

The Federation of Companies in the Congo (FEC) regrets the signing by the Minister of PTNTIC of decrees imposing penalties on telecom operators, ordering them to pay transaction fines of up to several tens of thousands of US dollars. The reason is that the ARPTC invoices that have been sent to the companies to pay these new taxes have not been paid to date.

For operators, these new taxes should be passed to the prices of their services according to the principle of true pricing. and to the employers’ union to ensure that failure to pay association bills is not an offense under Congolese law. It is another violation by the Minister.

The damaged business climate in the telecommunications sector 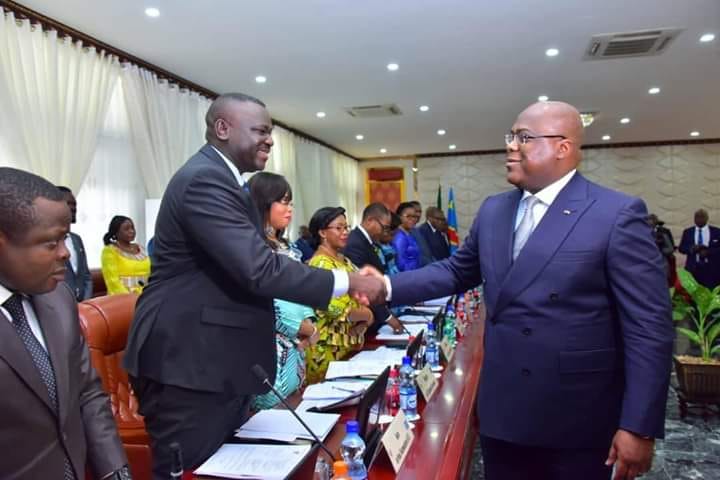 While Head of State Felix Tshisekedi Chilombo continues to advocate the improvement of the business climate in the country, the Federal Election Commission found that Minister Kibasa Maliba’s position like that of government Sama Lokonde is counterproductive to the interests of the country. The state and the Congolese population.

The vision of the head of state, reflected in the National Digital Plan, which aims to make the digital sector a lever for integration, good governance, economic growth and social progress thanks to reducing the digital divide and improving financial inclusion, is struggling with the new taxes created by the government in favor of the ARPTC because it is the population who will pay the heavy price.

On June 1, 2022, the Federal Election Commission was alerted through a press release regarding the impending increase in mobile services. The regulator immediately responded with an official press release signed on June 2, 2022 that the government is not seeking new taxes before calling on operators to comply with legal and regulatory provisions.

In an update dated 08 June 2022, the Federal Election Commission (FEC) has already confirmed that the government has imposed the new fees payable by telecom operators by decree and order signed by the Prime Minister and Minister of PTNTIC respectively.