The survey also reveals that 64% of IT and security managers cite vision as the most important factor in securing and ensuring the performance of a hybrid and multicloud infrastructure.

The study is underway in early 2022. By Pulse, a division of Gartner and Gigamon, an expert in cloud monitoring and analytics, highlights the most important concerns of European IT and security decision-makers embracing hybrid and multi-curve models. They believe there is significant scope to improve their visibility across hybrid and multi-cloud workloads, and view visibility as key to ensuring higher levels of security and better performance.

With cyber security at the heart of businesses’ concerns, 50% of panelists surveyed now understand the importance of “advanced monitoring” of the cloud environment. It is the vision that provides real-time, network-wide and actionable risk mitigation insights.

While European and US IT managers view visibility as a key component to enhancing cloud security, European-based organizations rated the visibility of cloud traffic, as well as access to applications and control of data. Traffic, between 20 and 30 points higher than their peers. Americans.

Additionally, 64% of European IT leaders make appearance their top priority when it comes to building a more secure cloud environment.

The Pulse and Gigamon survey also identified cost and complexity as two major barriers to moving to the cloud. According to the study, 78% of European IT managers believe that the high cost of the cloud makes it more difficult to migrate workloads and applications.

Other immigration issues raised include: 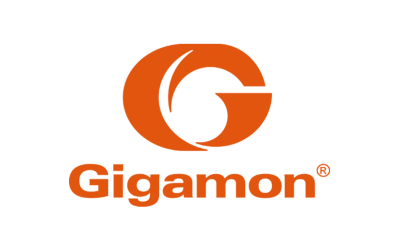 Finally, the survey results indicate that IT managers want to simplify their approach to the cloud to ensure improved security and performance across multiple cloud environments.

In Europe, 68% of respondents said they would rather manage the security of their work environments with a single source for visibility across the entire environment, rather than working in isolation.

The cloud has become an integral part of business strategies and the speed of migration has accelerated exponentially. This means that organizations face a number of challenges for which they were not prepared and were not necessarily budgeted for.. Commented Bertrand de Labruhe, Southern European Sales Director at Gigamon France.It is very positive to see that organizations value visibility as a top priority for cloud security, as well as performance and cost reduction. Ultimately, no advanced level of observation through a comprehensive view of all moving data has been more valuable to the continuity and success of business development.“.

methodology The study was conducted by Pulse, an entity of the Gartner Group, between the end of December and January 2022. 266 people, mostly IT or security services decision makers (Vice Presidents, Managers, Managers) were questioned for large organizations (5,000 employees). ) in North America and Europe.

Gigamon provides unified network visibility and analytics on all real-time data, from raw packets to applications, across physical, virtual, and cloud infrastructures.

Do you find this study relevant?

What about inside your organization? What are the main barriers to cloud adoption?

Cloud adoption remains a priority for 83% of organizations in 2021, and 50% of software applications in development are cloud-based, according to Security Compass

Only 15% of organizations take full advantage of the cloud, and only 38% of applications migrate to the cloud, according to a survey by Devoteam and IDC.